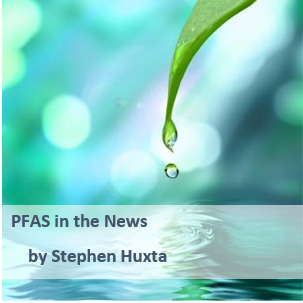 Water is one of our most basic needs. Contaminants challenge our drinking water and something needs to be done about it.  Our existing water and wastewater infrastructure have done wonders in preventing outbreaks of water borne disease, but we continue to face challenges in ensuring the water we drink is safe for consumption. One of the major challenges currently being faced is “emerging contaminants” in our public water supplies. The uncertainty around what is and is not safe for consumption, water testing methodologies, and the absence of existing infrastructure to treat these contaminants is challenging local governments, water suppliers, and affected communities.

In prior news alerts, we have discussed the basics around one of the most headlining groups of emerging contaminants, Per- and Polyfluoroalkyl Substances (PFAS). water-resource-management PFOA and PFOS, the most common PFAS, have likely been present in public water supplies for many years, but they went undetected because PFAS were not on the lists of compounds to be tested for.  Once the problem was identified, more and more public water systems were found to be impacted and had to be shut down until they found alternative water supplies.

The US Environmental Protection Agency (EPA) moved quickly to establish a Health Advisory Limit of 70 parts per trillion (ppt).  While drinking water standards have historically been defined by the EPA and then later adopted by the states, many state regulators are not satisfied, and they have moved to take their own aggressive and unprecedented actions.  As examples, the NJDEP has already proposed the lowest standards in the country at 14 ppt for PFOA and 13 ppt for PFOS.  And Pennsylvania has established a task force which is tasked to develop standards of their own for PA.

Pennsylvania has also proposed steps toward a solution in treating impacted water supplies through Governor Wolf’s “Restore Pennsylvania” plan. https://www.governor.pa.gov/restore-pennsylvania/ This plan is designed to address critical infrastructure needs across the state. Among other things, the plan will provide grants for installation of treatment systems for PFAS in drinking water for both public and private supplies.

The proposed funding could help provide relief for impacted water supplies in areas where a source of the PFAS cannot be determined.  And enforcement is also being stepped-up to identify potentially responsible parties in places where the source can be identified.  So, is history preparing to repeat itself with regulatory liability allocations and natural resource damage assessments not seen since the heyday of environmental regulation development?  Time will tell.  In the meantime, Brickhouse scientists and engineers maintain the regulatory and technical edge to identify possible issues during due diligence and provide technical guidance for properties affected by these and other emerging contaminants.